The 24-year-old martial arts championship winner, college student, and entrepreneur Cai Aolong, who also goes by the name Allen Choi, is managing to successfully juggle what is a busy schedule.
Front of mind for him at the moment is the task of writing the term papers due for his classes at Tsinghua University.
Cai speaks highly about his time at what is one of the most prestigious schools on the Chinese mainland, and the people he's met there.
"Studying at the university has had a huge influence on me, as there are so many talented young people around me. Some of my best friends are more outstanding athletes than me, and I can learn a lot from them. They give me a lot of help and instruction when I feel confused and sometimes lost. I benefit a lot from my experience here."
With the prize money he's earned from various martial arts competitions, Cai started his sneaker business from his dorm room five years ago.
"It was hard at the beginning, when I started my business selling sneakers. I only earned 200 yuan in the first month. But I was really happy. I made full u﻿se of the breaks between my classes and training courses to do business."
Balancing a sporting career with academic study and the demands of running a business is no small task.
But it's a manageable challenge for top sports people like Cai, who are highly organized and who don't shy away from hard work.
And he's found that the qualities that make him a good professional athlete cross over to entrepreneurship.
"I'm more of an optimist. I absolutely believe that everything will be better and better in the future. Stress will always come before exams and competitions; we can't will those things away. So, if you just face them with a positive mentality and deal with the difficulties, you will get past them. I remember in 2016, our company lost several million yuan because of a mistake made by one of my partners. I heard the news just a day before the Asian championships, which put a huge strain on me. But I soon changed my mentality and finished the match in my best competitive state." 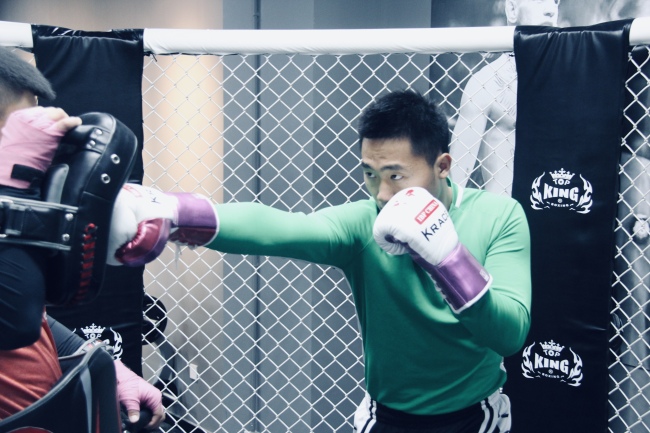 After years of careful management, his business has continued to grow.
Cai has now opened his own store next to Daming Palace in Xi'an.
The young man said the imperial relics represent the most glorious moment in China's history, one that reflects the philosophy of his brand.
"I like Chinese history and culture. Xi'an is a good representative of Chinese culture. It was the capital of over a dozen dynasties in history. So I opened my first store in the city, and I think it has special significance."
His fashion brand MACREW incorporates traditional Chinese elements with pop culture to create iconic designer shoes and streetwear that has caught the attention of pop stars and celebrities.
"We have customized sneakers that help our customers show off their unique personal style. We designed shoes for stars like Lu Han and Zhao Benshan. For example, we had a deer embroidered on the sneakers for Lu Han, because the name of the animal is a homophone of the pop star's surname."
Earlier this year, Cai also opened a sport company in Macao which manages his fashion stores and also will host some sports events in the future.
He said the emerging opportunities in the Greater Bay Area will help his business to grow in the coming years.
"The Greater Bay Area offers us an excellent platform and plenty of resources. Transportation in the region is more convenient now, with a large reduction in the commute time between the cities of Guangdong, Hong Kong, and Macao. I think it's time for young people from Macao to head out and look for new opportunities."
Aside from his fashion business, the martial art champion has huge ambitions for his sporting career.
He said he's longing to return to the court. A serious shoulder injury kept him away from the Asian Games in Jakarta last year.
He said he won't miss the chance to compete in Hangzhou in 2022.
For the Beijing Hour, this is Guo Yan.